Tag Archives: Peace in the Park

Great News About The Boyd Family Singers in Central Park 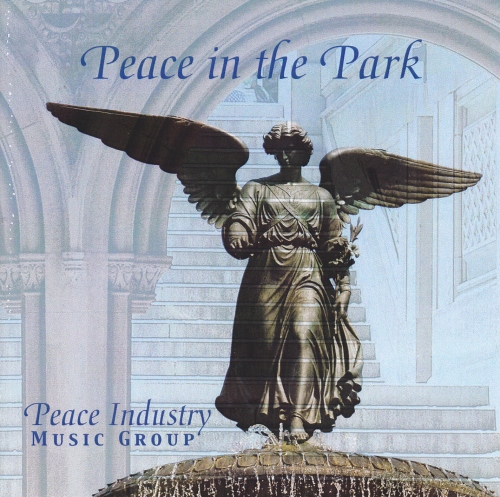 In a post published  April 15, 2011 entitled “Introducing The Boyds For Praise Company- The Boyd Family Singers”  I could not adequately describe how deeply this particular family choir’s music has touched my heart and soul.

I continue to feel virtually the same about their music as I did the very first day I heard them almost two years ago.

My experience is far from unique. People are visibly moved to tears when they encounter the musicians in the arcade next to Bethesda Fountain in Central Park.

Over the past year I have received numerous queries from people who found my article either through wordpress.com or by a google search for the Boyds.

So many of the comments not only reflect other people’s deep reactions to the music but most of the people are trying to get copies of the CD’s they did not buy when they were in Central Park.

Great New To All!   John Boyd informed me on Sunday about  the brand new website http://www.peaceindustrymusicgroup.com/index.html that is the new vision for his family’s choir. He assured me that in about two weeks the website will be commerce enabled so that anyone anywhere can purchase the six CD’s that are newly repackaged.

In addition, there currently  is  contact information on the site so that everyone who wants to communicate directly with John Boyd can now do so.

The picture featured above is the jacket cover of the new CD Peace in the Park produced by John Boyd and the new group, the Peace Industry Music Group.

Information about the group is contained in the jacket of the CD. It states:

With accomplished singer, composer and music director John Boyd at the helm, The Peace Industry Music Group is a unique band consisting of singers and musicians from different nationalities, all promoting the idea of peace through their uplifting music and tranquil sound. This assembly of talented performing artists primarily perform in Central Park, NYC, at the Bethesda Fountain year round”

Here is one of the fourteen tracts on the new CD. It is a solo by Abraham Boyd, the oldest of the sons, singing the old standard made most famous by Louis Armstrong’s singing  What A Wonderful World.

Although I own and love both Louis Armstong’s and Israel Kamakawiwo’ole’s version of this song I find Abraham’s rendition touching with the clear beauty and sincerity of his voice.

I hope that you enjoy this .